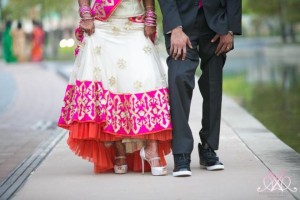 My brother knew he would be dancing later in the evening and opted for some swanky sneakers.

My brother was married in late October in a Moroccan themed Indian Wedding in Houston, Texas. The wedding drew in over 800 people over the course of 4 days.  I decided it might be good if I share some insights into the main 4 traditions of an Indian Wedding and a few anecdotes from my brother’s epic Indian wedding. 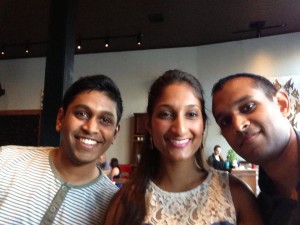 Me on the left. My awesome sister in law and brother on the right.

I’ve been Indian my whole life(jest), but other than performing and playing the classical Indian drums and Darbukas/Tablas for Turkish, Lebanese, and Indian Weddings, I was a complete rookie to the tradition and nuances of an Indian wedding.

Normally, I play the darbuka with this style of music, but the MC was left with only a mini-djembe.

My brother having an Indian Wedding was the easiest non-committal way to learn the traditions that go into the ceremony. Before joining Eversnap, I hadn’t paid close attention to the weddings I had been to in the past. We used Eversnap throughout the Indian wedding and collected over 1000+ photos and videos from guests.

I ended up meeting the wedding planner: Therese Cole Hubbs, a Polish Texan with a strong knack and niche business around planning large Indian Weddings. (She’s planned over 600!) Here’s a link to her site: http://electric-karma.com/

Indian priests kick off the first part of the event with a ritualistic ceremony at home with only the couple, the bridal party, and close relatives. In my brother’s case this took place at the bride to be’s house.

The Mehndi ceremony happens usually at the beginning of this day with the bride to be and female family members gathering to get henna tattoo art on their hands and feet.  The Sangeet is a ceremony later that evening with friends and family members attending too.
We had great food and beverages at the in-laws place.

On the morning of this day there’s a procession of the groom to meet the bride to be at the front of the ceremony grounds. In our case, the Marriott Woodlands in Houston, Tx. The main ceremony usually takes most of the day and consists of a 4 hour ceremony where the couple partakes in rituals ranging from wrestling both their hands inside a bowl of water for 2 minutes to nieces and nephews stealing the Groom’s shoes for a ransom.
(Insert picture of brother with horse.)

Red and purple are pretty common themes. You’ll see both colors frequently at most Indian Weddings. One of the more exciting Indian wedding themes has been the rise of more videography. The Indian wedding and everything surrounding it is steeped in deep tradition.

When I was told the wedding would be big, I blurted out “like 300 people” and was promptly laughed at and told that this was the size of a BBQ. My brother’s wedding even by Indian standards was large at 800 people. Indians in the USA

Indians make up 1% of the US population and are the highest earning ethnic minority. My family is South Indian. My mother speaks more languages than I can count. It’s often important to keep this in mind when at an Indian wedding. I counted 6 languages in use at my brother’s Indian Wedding. Telugu(South Indian), Tamil(South Indian), Bengali (East Indian), Hindi(North), and Punjabi(North) were all in play. Indian weddings are diverse affairs.

There were Singhs, Patels, and many more at the wedding.

An Indian wedding in the USA has a large variety of clothing ranging from designer suits to high end Indian Garb. Examples Below. 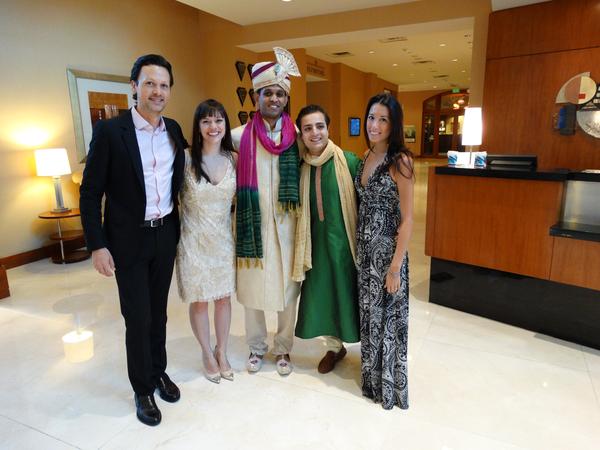 My brother and his friends. 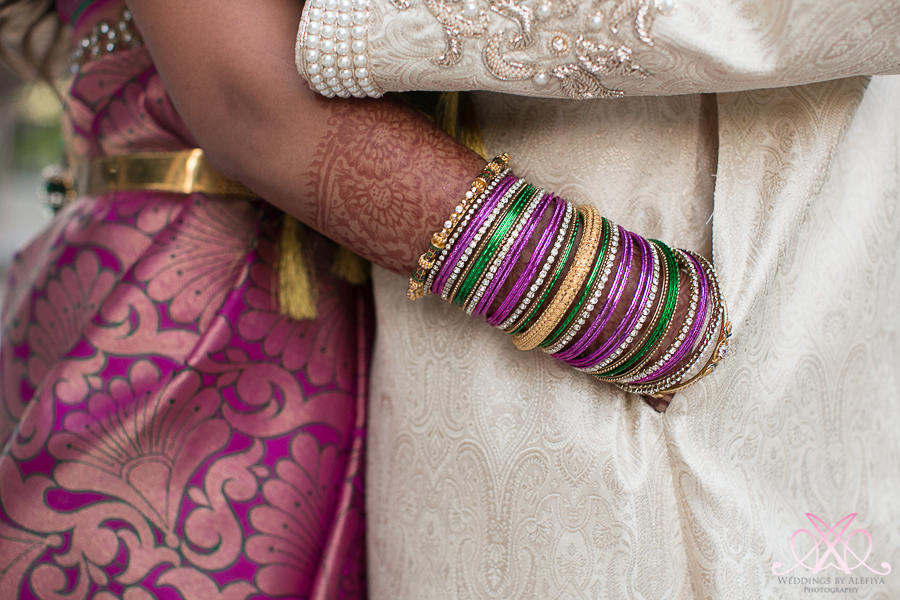 Bangles, Mehndi, a Sari(traditional indian dress), and an Indian Kurta.

By any reasonable measure, the 3 days of the Indian wedding are extremely tiring. My awesome sister-in-law and brother went honeymooning in Antigua. I later found out they frequented eversnap during this time to look at old photos.

Here’s a pro-tip for the Perfect Gift

If you’re the bridesmaid or groomsmen or close to the bride or groom. Use your iphone to record short sentimental 15-20 second send off messages from family and friends in a new private eversnap album. Create the album and then send invites to the friends and family to contribute videos directly from your address book. Send the bride and groom invites after the event to view the send off videos and they’ll love you for it. Indian weddings generally have both. It’s common for one of the coffee table books in any Indian household to be an exquisitely bound book of a couple’s wedding photos. These books are in the thousands of dollars and showcase the bride, groom, families, and traditions. It is often shared with guests. Videos are rarely shared, but for the rare occasion where family comes over to reminisce and be nostalgic. Make no mistake about it, an Indian wedding is no small affair. There’s even a procession where the groom comes in on a horse or elephant. Get the Latest Updates!

{Guest Post} 5 Fun Photos to Capture at your Rehearsal Dinner

The photo taking fun really stretches beyond just the wedding day. In the months of engagement leading up to the...